Share a memory
Obituary & Services
Tribute Wall
Read more about the life story of Bernice and share your memory.

Bernice Grundmeyer, 92, a longtime resident of the Lamont, Iowa, community, passed away peacefully on Tuesday, November 15, 2022, lovingly surrounded by family at her daughter Adele’s home in Lakeville, Minnesota.

Bernice Klein was born at home on December 29, 1929, on her family’s farm near Raeville, Nebraska, the fifth daughter of Alphonse and Frances (Bueltel) Klein.  Born of the Depression era, she learned the values of hard work, humility, and self-reliance from her parents.  This work ethic stayed with her throughout her life.  Her children, grandchildren, and great-grandchildren benefited from the good values and character by which she and her husband Willis lived their lives.

Bernice attended Catholic school in Raeville.  Never wanting to toot her own horn, she only shared with her family in the week before her passing that she graduated with the top grades in the county.  Her appetite for knowledge never waned—she preferred reading financial magazines over novels, history books over sitcoms, and talking farm operations and prices over the latest gossip.

A chance dare by Willis’ aunt resulted in him finagling an invitation to the wedding of one of Bernice’s sisters.  He was an Army veteran she had grown up with but who had moved to Northeast Iowa.  They courted long-distance until they were married during a snowstorm on February 14, 1950.  The couple farmed in the Lamont area their whole lives.  She loved the land and all it represented, and was a true partner with Willis in their farming operation.

Bernice’s dad played cornet in a local Nebraska band, and music was a mainstay in their household.  She learned to play piano as a young girl and took great pleasure in playing.  She assembled an impressive piano music collection throughout her lifetime and imbued the love of music in all her children.  It was important to her that they all play a musical instrument.  She and Willis attended Lawrence Welk dances in their early years of marriage and had a lifelong love of big band tunes.  She looked forward to his TV show every week and was known to do a little jig in the kitchen when a good tune came on.

The joy that Bernice found in baking was appreciated by her whole family.  When the school bus brought the kids home every afternoon, there was always a batch of cookies or a freshly-baked cake ready for her hungry kids.  Pie was Willis’ downfall, and the house was often warmed by sour cream raisin pie and homegrown rhubarb and apple pies.  Mom’s downfall, however, was ice cream and she indulged as often as she could.

Bernice was a faithful and active longtime member of St. Mary Catholic Churches in Lamont and Strawberry Point.  She was a 63-year member of the Aurora American Legion Auxiliary and a member of the Catholic Daughters of the Americas.  She and Willis were avid card players and greatly enjoyed spending evenings with so many friends and neighbors in card clubs over the decades.

She was preceded in death by her husband, Willis in 2013; son, Dean in 2014; grandson, Tom in 2020; great-grandson, Lincoln in 2018; great-grandson, Oakley in 2021; grandson-in-law, Doug in 2022; her parents, Alphonse and Frances Klein; her parents-in-law, Anton and Dorothy Grundmeyer; six brothers and sisters; and numerous in-laws.

In lieu of flowers, memorials will be directed to the Arlington, Iowa, First Responders, St. Jude Children’s Research Hospital, and St. Mary Catholic Church in support of St. Albert’s Cemetery.  Cards for the family may be sent to Adele Grundmeyer, 18983 Inlet Road, Lakeville, Minnesota 55044.

To send flowers to the family or plant a tree in memory of Bernice (Klein) Grundmeyer, please visit our floral store. 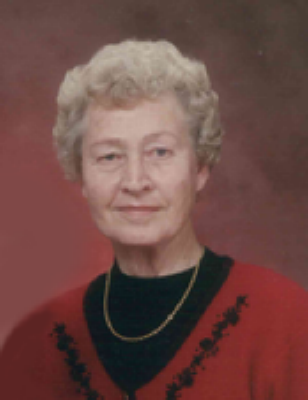