Share a memory
Obituary & Services
Tribute Wall
Read more about the life story of Betty and share your memory.

Betty Jean (Glew) Sutton, 96, of Manchester, Iowa, passed away on Wednesday, January 18, 2023, at the Good Neighbor Home in Manchester. She was born on January 6, 1927, in Delhi, the daughter of Russell and Rose (Harbach) Keith. Betty was raised and educated in the Delhi area and was a graduate of Delhi High School. After graduation Betty taught country school at Pleasant Valley between Delhi and Hopkinton.

Betty taught until her marriage to Leonard Glew on June 27, 1948. Three children were born to this union. They farmed near Delhi until Leonard passed away in 1974.  Betty continued to live on the farm and was then married to Richard “Dick” Sutton on January 2, 1983.  In 2002, they moved to the Gernand Center in Strawberry Point. While at the Gernand Center Betty revived the butterfly garden. After Dick’s death Betty continued to live there until 2013. Betty then moved to The Meadows in Manchester.

Betty loved flower gardening, square dancing, and card playing. She did genealogy work for many years, and also authored her own autobiography titled “92 Years with Betty”. Betty and Dick loved spending their winters in Texas. Faith and family were the most important things to her.  Betty rarely missed attending her grandchildren and great-grandchildren’s events. She was a faithful, active and devoted member of First Lutheran Church in Manchester.

Betty was preceded in death by her parents; her husband, Leonard Glew; and her second husband, Richard Sutton.

In lieu of flowers the family request memorials be given to First Evangelical Church for the sound system.

To send flowers to the family or plant a tree in memory of Betty Jean (Glew) Sutton, please visit our floral store. 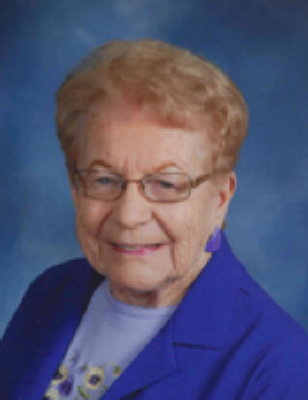