Share a memory
Obituary & Services
Tribute Wall
Read more about the life story of Elizabeth "Betty" and share your memory.

Elizabeth (Betty) Schaul, 90, of Manchester, Iowa, passed away peacefully, surrounded by her family, on January 4, 2023, the Feast Day of Elizabeth Ann Seton. She was born April 22, 1932, in Temple Hill near Cascade, Iowa, to John and Lena (Puetz) Uhlenkamp.  She received her early education at a rural school in Hopkinton.  When she was in fourth grade they moved to Winthrop, and she graduated in 1949 from Winthrop High School, now East Buchanan.

Betty moved with her parents to Edgewood in January of 1951 and she married Arthur Schaul on February 20, 1952. They farmed together on a farm north of Masonville until they retired to Manchester in 1999. Betty was a member of Immaculate Conception Church in Masonville, the Catholic Daughters, Altar & Rosary Society, and Busy Bee Club. She worked at Camp Courageous and the Memorial Care Center.

Betty will be deeply missed by her children, Carol (Jerry) Schneiter of New Vienna, Kathy Schaul of Epworth, Don Schaul of Manchester, John Schaul of Hopkinton (special friend, Rene Miller of Anamosa), and Mary Lou (Mike) Gudenkauf of Masonville.  Also cherishing her memory are 17 grandchildren, 41 great-grandchildren, and one on the way.

Betty was proceeded in death by the love of her life, Arthur Schaul, on October 2, 2022; her parents, John and Lena Uhlenkamp; her grandson, Christopher Gudenkauf in 2017; and her parents-in-law, Al and Viola Schaul. She had four heavenly siblings, Henry, Donald, Joseph, and Veronica, all of which passed away in infancy; a sister, Joyce Hermsen in 1975; brothers-in-law, James Schaul, Alfred Knipper, Paul (Marilyn) Schaul; sister-in-law, Shirley Schaul; and a niece, Kristi Schaul.

To send flowers to the family or plant a tree in memory of Elizabeth "Betty" Ann (Uhlenkamp) Schaul, please visit our floral store. 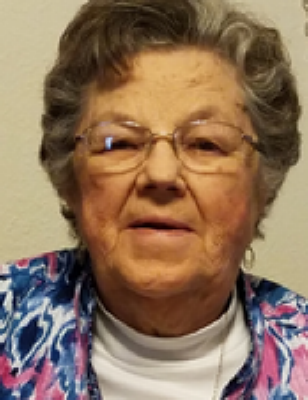