Share a memory
Obituary & Services
Tribute Wall
Read more about the life story of Mary Esther and share your memory.

Mary Esther Carrie Hutchcroft, 99, of Manchester, Iowa, formerly of Middletown, passed away peacefully on Monday, January 9, 2023, at her daughter’s home. She was born on November 26, 1923, in Burlington, the daughter of George and Mary (Streed) Spitzmiller. Mary Esther was raised in Middletown and attended school there. She was a 1941 graduate of Burlington High School. Mary Esther then graduated from Burlington Community College in 1943, and from Iowa State Teachers College (now UNI) in 1945.

Mary Esther began her nearly 30-year teaching career in Burlington, before staying home with their children during their early years. In 1961, she returned to teaching at Middletown School. In 1985, Mary Esther was Burlington’s nomination for Iowa Teacher of the Year. She retired in 1986, when Middletown School was closed. After her retirement she scored GED essays, taught adults to read, volunteered at the Welcome Center and Phelps House, as well as worked with RSVP and Young House.

Mary Esther was a longtime, faithful member of Middletown Presbyterian Church, where she served on various boards, taught Sunday School, led youth groups, sang in the choir, and was very active in Presbyterian Women. She and Harold were active locally, statewide, and nationally, in Presbyterian Mariners, where they directed 12 national family camps across the country, including leading a group on a mission boat in Alaska. They were active in AFS and shared their home with exchange students. Mary Esther and Harold enjoyed traveling around the country and abroad. They went on a People-to-People Agricultural tour to Russia and led a similar tour to China. They especially enjoyed their many trips to visit family.

Mary Esther was a member of Delta Kappa Gamma, PEO, and SCC Alumni Association. She enjoyed gardening, sewing and quilting, volunteering, cooking, reading, and welcoming people into her home. She lived in her childhood home in Middletown her whole life until moving to Manchester to be with her daughter in 2007.  Above all else, Mary Esther loved her family and treasured the time they spent together.

Mary Esther was preceded in death by her parents; her husband, Harold Hutchcroft; one brother, George Everett Spitzmiller; and one sister-in-law, Nellie Spitzmiller Dyer.

The family would like to extend a special thank you to Above and Beyond Hospice, and especially to nurse Megan, for their kind and compassionate care given to Mary Esther.

To send flowers to the family or plant a tree in memory of Mary Esther Carrie Hutchcroft, please visit our floral store. 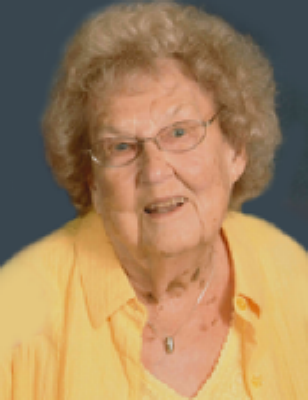