Share a memory
Obituary & Services
Tribute Wall
Read more about the life story of Nichole and share your memory.

Nichole Reicher, 36, of Manchester, Iowa, passed away after a short battle with cancer, on Monday, January 2, 2023, at the University of Iowa Hospital in Iowa City. She was born on January 27, 1986, in Cedar Rapids, the daughter of Rick and Cindy (Garner) Mormann. Nichole attended school at St. Joseph School in Earlville and was a 2004 graduate of Beckman High School. Nichole attended MUD Make-Up Designory in California and Capri College in Dubuque.

On September 24, 2011, Nichole was united in marriage to Matthew Reicher. Four children were born to this union.

Nichole worked as a make-up artist and esthetician. She started her own business, Beauty Edit, in Cedar Rapids, and expanded into selling clothing and accessories.

Nichole enjoyed boating and camping with her family in Guttenberg during the summer. She liked attending concerts and going to movies. Her passion was to share her beauty with others, making them feel beautiful on their wedding day or other special occasion.  Her second passion was farming. You would often see her with her kids in the tractor “catching on the go”. Above all else, Nichole loved her family and spending time with them.

Survivors include her husband, Matthew Reicher of Manchester; her children, James, Eliza, and Margaret Reicher all at home; her parents, Rick Mormann of Earlville and Cindy Mormann of Cedar Rapids; parents-in-law, Rod and Phyllis Reicher of Dyersville; three siblings, Tracy (Cameron) Schulte of Edgewood, Kristie (Andreas Klett) Mormann of Frankfurt, Germany, and Jessica (Travis) Loeffelholz of New Vienna; grandparents, Robert and Susan Garner, and Gary and Ann Siddell all of Coggon; sisters-and-brothers-in-law, Jason (Tonya) Reicher of Dyersville and Emily (Rich) Minton of Maryville, Missouri; and many nieces, nephews, aunts, uncles, and cousins.

Nichole was preceded in death by her son, Thomas Elliot Reicher, in 2014; and grandparents, Walter and Jean Mormann.

The service may be viewed at http://blessedtrinitycluster.com.

To send flowers to the family or plant a tree in memory of Nichole Ann (Mormann) Reicher, please visit our floral store. 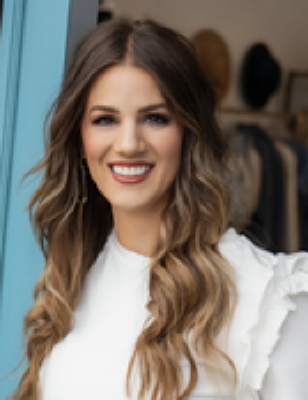