Share a memory
Obituary & Services
Tribute Wall
Read more about the life story of Ralph and share your memory.

Ralph Lavern Kephart, 83, of Manchester, Iowa, passed away on Wednesday, January 18, 2023, at the Regional Medical Center in Manchester. He was born on January 13, 1940, the son of Ralph and Laverne (Gregory) Kephart in Cedar Rapids. Ralph graduated from Wilson High School, Coe College, and the University of Iowa.

On September 3, 1960, he was united in marriage to Carol Henry at St. James Church in Cedar Rapids. One son was born to this union. Ralph entered the United States Army in February 1962 and was stationed in Hawaii.  He was honorably discharged in January, 1965.  After serving in the military, Ralph and Carol lived in Cedar Rapids before moving to Manchester. Ralph worked as a school psychologist for many years.

Ralph was an avid Iowa Hawkeye and Chicago Cubs fan and was very happy to see the Cubs win the World Series. He enjoyed being a Master Gardener and he loved spending time with his grandson, Michael. Ralph was a faithful member of First Presbyterian Church in Manchester and served as an elder for many years.  He was a volunteer at the Rec Center and was an integral part of starting the Rec Center.  Ralph had a compassionate heart for many people.

Survivors include his son, Stephen (Julia McGrane) Kephart of Cedar Rapids; his grandson, Michael Kephart; his life-long friend, Janet Lammie; and many friends.

Ralph was preceded in death by his wife, Carol Kephart in 2009, and his parents.

Special thanks to Zeta Neiman for her loving care over all the years.

To send flowers to the family or plant a tree in memory of Ralph Lavern Kephart, please visit our floral store. 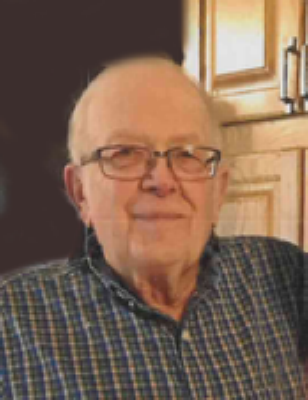