Share a memory
Obituary & Services
Tribute Wall
Read more about the life story of Ronald and share your memories in the Tribute Book.

Ronald Wayne “Roach” Ray, 71, of Manchester, Iowa, passed away on Monday, November 7, 2022, at his home after a very short battle with stage 4 cancer. He was born on May 8, 1951, in Monticello, the son of Robert and Nellie (Nagle) Ray.  Ron was raised and educated in Monticello. He joined the United States Army in 1968 at the age of 17 and worked as a helicopter mechanic. Ron proudly served during the Vietnam Conflict, and was honorably discharged before returning to his home in Monticello.

Ron worked various jobs throughout his life, mainly in the construction field. He had a great love of fishing, hunting, the outdoors, and racing. Ron enjoyed watching the Iowa Hawkeyes and Green Bay Packers. Most of all, Ron enjoyed talking to everyone he met.

Survivors include his three brothers, Larry Ray of Cedar Rapids, John (Roxanne) Ray of Maquoketa, and Jerry Ray of Tiffin; a daughter, Jayme; two sons, Andrew and Michael; and several nieces and nephews.

Ron was preceded in death by his parents; a sister, Verda; and sister-in-law, Joann Fin Ray.

To send flowers to the family or plant a tree in memory of Ronald Wayne Ray, please visit our floral store. 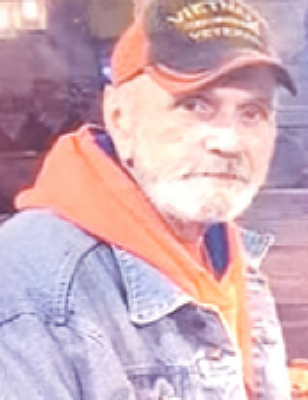